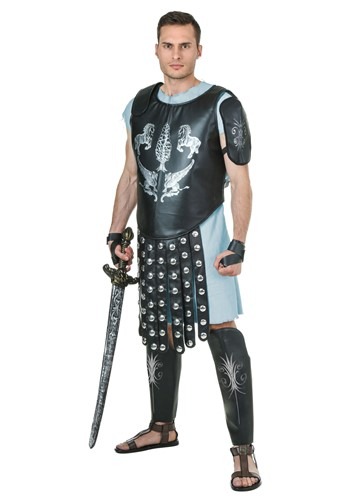 Lead the armies of Rome against the Visigoths! Get sold into slavery after you’re betrayed by those closest to you! Fight for your freedom and the memory of your son and daughter! Fight the Emperor himself in a final showdown in the arena after you win the love of the people! Or, you know, you can just look like you did all those things in our mens Gladiator Maximus Arena costume. It’s authentic and officially licensed so when you say, “My name is Maximus Decimus Meridius, commander of the Armies of the North, General of the Felix Legions, loyal servant to the true emperor, Marcus Aurelius. Father to a murdered son, husband to a murdered wife. And I will have my vengeance, in this life or the next,” they’re going to believe you.