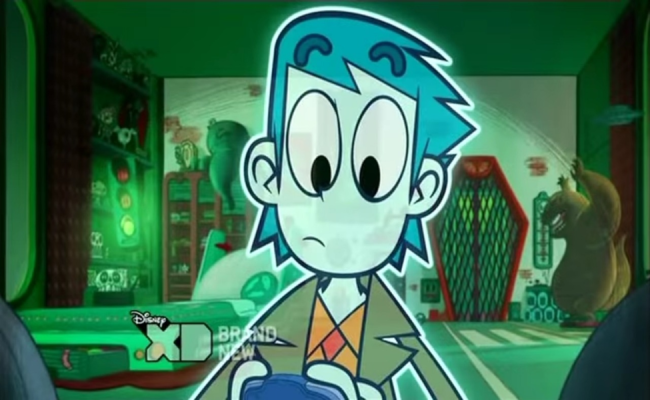 Billy Joe Cobra (voiced by Darren “Beardyman” Foreman) is one of the two main protagonists in the Disney cartoon series, Dude, That’s My Ghost! along with Spencer Wright.

Billy is the ghost of a (former, by technicality of death) popstar, who still holds a passion for both music and the fame scene in general, enjoying the hold he still has on parts of it.

While he had human colored hair and skin when he was alive, his color scheme upon death turned pale and blue, which left him with light blue hair, in the same style as it was when he was living. Like Spencer, he has typical cartoon black circles for his eyes.

His usual outfit is a orange button-up shirt with yellow stripes across it, a thin long red tie, a green half-jacket over top, standard blue jeans, and orange high-top shoes.