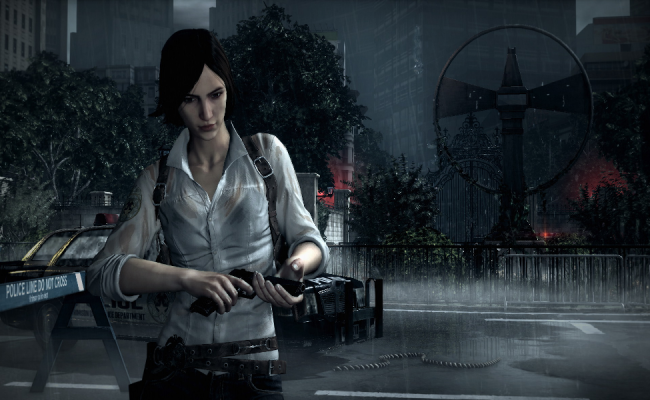 Juli Kidman (voiced in Japanese by Yūko Kaida and in English by Jennifer Carpenter, in the first game) is part of the main group of characters in the horror game The Evil Within/Psycho Break.

While on paper assigned to the same unit in the KCPD as Sebastian and Joseph, Kidman’s allegiances aren’t so clear, as we spend part of the game and the DLC getting into her backstory, who she’s really working for, and what Leslie has to do with her part of the plot.

Kidman wears a standard white button-up shirt with dark-wash jeans, and has a shoulder holster, as well as a thigh one, slightly different from the other two. She has thicker soled stiletto heeled boots, which at first glance seem a bit impractical as an on-mission detective, but when we finally get a chance to play as her, she uses them to kick in monster’s heads. Effective footwear.