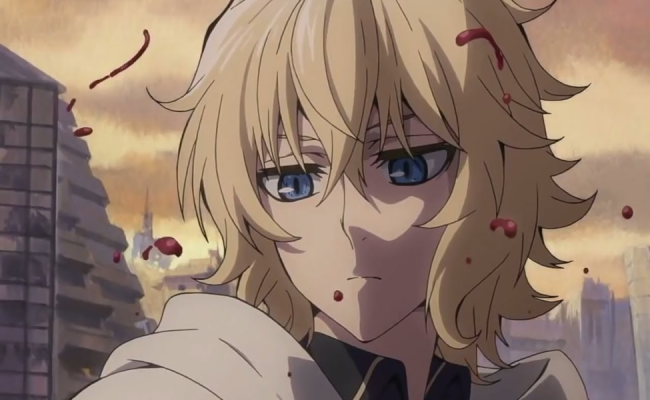 Mikaela Hyakuya (voiced in Japanese by Kenshō Ono and in English by Justin Briner) is half of the main character set in the anime/manga Owari no Seraph/Seraph of the End.

While originally starting off the series as a human, Mika has gone through several form changes. Where we see him currently in the manga, he is a vampire, though he prefers not to drink from humans if he can help it. This mainly leads to him feeding off of Yu, his best friend and most important person since childhood.

He has very fluffy blonde hair with a white sheen over top, and his eyes are blue or red, both slitted, depending on the scene. The outfit he wears is the typical vampire uniform, a creamish-white jacket over a black button up shirt, white pants, lots of gold detailing everywhere, and thigh-high black boots.