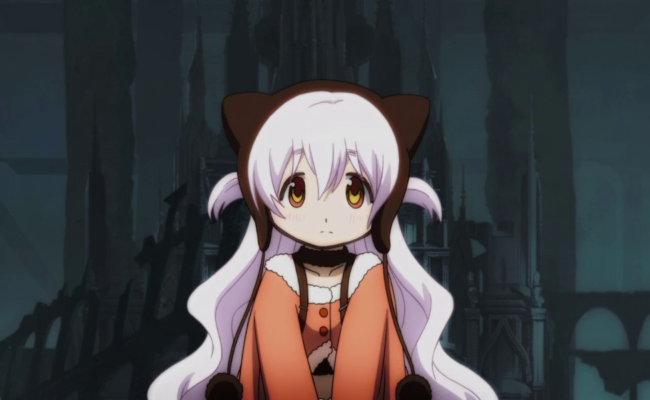 Nagisa (voiced in Japanese by Kana Asumi and in English by Xanthe Huynh) is a secondary main character in the Puella Magi Madoka Magica series. For this piece I’ve chosen her magical girl outfit, but I’ll do a follow-up for her civilian outfit later.

She started off the series as a Witch and later ends up becoming a key part of the group, as well as becoming a magical girl like the others. As the youngest of the group she’s a lot more childish and cheerful, but does have serious moments.

Nagisa’s magical outfit is very whimsical like the rest of her personality, accentuated by long curly white hair worn in small pigtails sticking out of her brown cat eared hat, and big yellow/orange eyes. She wears a cropped undershirt, a pink poncho, brown bloomers with bowed suspenders attached, and she has fingerless gloves and spotted tights, with orange soles (though I did go with ballet flats just because I couldn’t find ones built in).