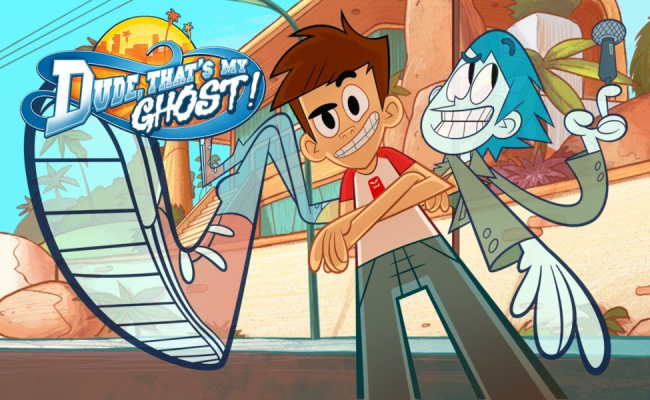 Spencer Wright (voiced by Rasmus Hardiker) is one of the two main protagonists in the Disney cartoon series, Dude, That’s My Ghost! along with Billy Joe Cobra.

Spencer has a huge passion for filmmaking, and a fascination with creating and watching horror movies. He is one of the few people that can see Billy, as he and his friends have an item that Billy owned when he was alive that allows them to interact with him.

He has light brown loosely spiked hair, and cartoon typical black eyes. The shirt he wears is a baseball style tee, white with red sleeves and a ghost iron-on image on the front. He has standard blue jeans, green and orange sneakers, and carries around his camcorder that he uses for his movies pretty much everywhere he goes.