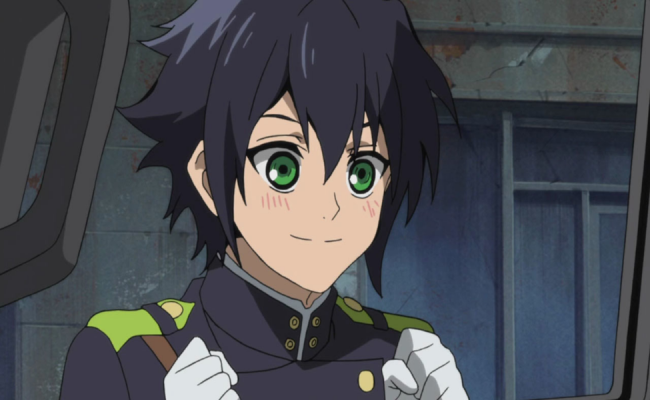 Yūichirō Hyakuya (voiced in Japanese by Miyu Irino and in English by Micah Solusod) is part of the main duo of characters in the anime/manga Owari no Seraph/Seraph of the End.

After being the only child (as far as he knew) to escape from the vampires, Yu ends up growing up and joining the Moon Demon Company, under the Japanese Imperial Demon Army. When he finds out that Mika (his best friend and pretty much reason for living) is still alive, but a vampire, he makes it his main goal to save him.

Yu has fluffy, semi-spiked black hair and forest green eyes. He wears the Moon Demon Army uniform, which is black with green accents and gold buttons, and has black boots with gold and white detailing over the ends of his pants.