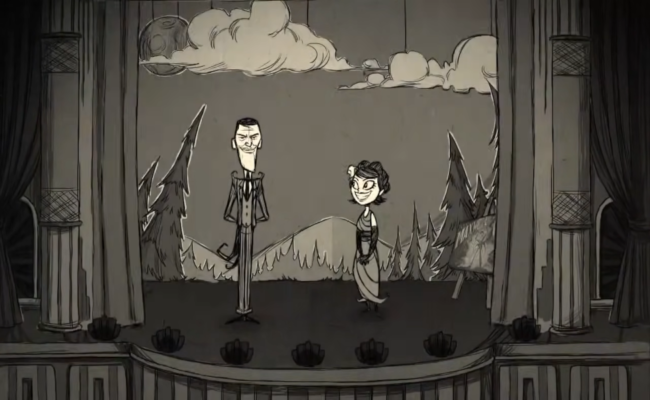 Charlie is the current main antagonist of the survival horror video game Don’t Starve/Don’t Starve Together.

She started off the series by becoming Maxwell‘s magician assistant, helping him out at his shows, but all the while becoming more and more worried about the levels of dark and frightening magic that he was starting to employ.
In the Final Act, he used his borrowed powers so strongly that it set off the events of the 1906 earthquake in San Francisco, which sent both him and Charlie into the Constant, where he became ruler, eventually was dethroned, and Charlie took over as Queen, appearing as monstrous hands that attack players in the night.

In her non monstrous form, Charlie has black hair stylized into an up-do reminiscent of a rose, an actual rose accessory in her hair, a beige performers dress with a black waistband, black opera gloves to match, black tights, and black flat shoes.